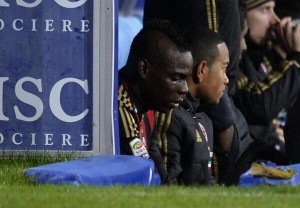 During Saturday night’s match against Napoli, AC Milan striker Mario Balotelli was seen on the sideline in tears.  He tried to hide his tears but soon broke down crying.  Some thought it was because he was subbed out of the game but it turns out it was the racist chants that deeply hurt Balotelli.

It has been reported that the #Balotelli incident was all about racist chants. #Milan #Napoli #SerieA

Balotelli is constantly a target for racist soccer fans and usually reacts defiantly but even the strongest human being has their breaking points.

It’s sad that this still happens.

Now there’s some discrepancy as to the real reason Balotelli was crying.  While he is often the victim of racism amongst soccer fans, his  manager, Clarence Seedorf alluded it was because of poor play and being subbed out.

Fan footage has emerged from the match in which Napoli won 3-1.

The alleged monkey chants can be heard at around 0:10. It is, however, difficult to tell.

“We are players and there are times when we express ourselves that way. I see nothing wrong or abnormal in that. I experienced it at times too,” the Coach told Sky Sport Italia.

“He too needs to grow in general. He played very well against Cagliari, while tonight perhaps didn’t make the most of the space. These are things we can all improve on and I’m happy he has so many areas to improve, as I can help him through that education.”

ASUU May Go Back On Strike, Accuses FG Of Breaching Agreement 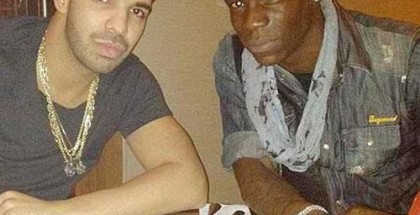