Culled from Transparency For Nigeria

Let us admit it – we have never seen any President so besotted with entertainment like Dr. Goodluck Ebele Jonathan, especially the movie-making sector. And this is not a satire.

Yes, his detractors may point at “weakness” for entertainment as a signpost of an unserious mind frittering the commonwealth on ‘joli-joli’ matters! Even the opposition may grumble loudly that the lively engagement with the Nollywood is essentially exploitative and window-dressing – to the detriment of more important and critical sectors of the national economy.

However, no one is in doubt that the life and essence the Creative wayfarers was initially ignited by Bayelsa governor, the much maligned Diepreye Alamieyeseigha, immediate boss of GEJ around year 2000. With dizzying state support and elaborate razzmatazz, the duo of Alams and GEJ wallowed in the sudden euphoria of showbiz and the attendant media opulence only comparable to IBB’s romance with PMAN’s ding-a-long of 1989 – 1992 when Tony Okoroji was the majordomo.

It was no surprise GEJ flowed with the momentum when fortune made him supplant Alams as Gov. of Bayelsa in December 2005. Yet, for all his enthusiasm for professional revelries, the make-believe could not have believed their luck when good ol’ providence thrusted GEJ, again, into greater prominence. In quick succession, he moved from Vice-President to Acting President and eventually President within two years! By 2011 when he assumed office, on his own stamina, the Nollywood romance had blown out of the creek waters. The two lovebirds were careering giddily on a thoroughfare peopled with great thespians, gifted producers, immaculate directors and of course a coterie of charlatans and ‘waka-pass’.

With technocrats within the federal service and the movie industry, different modules of foundational interventions were crafted – and cash-backed like never before. Millions of naira were mentioned, which ballooned, to the consternation of nay-sayers, to billions of naira in creative “stimulus packages”.

In the past ten years of GEJ’s unstinted romance with a powerful sector of the entertainment community, it is very uncharitable (even for inveterate detractors) to say that Jonathan has not “performed”. You may quarrel with the impact or management of his interventions; you may yap him and his people for mystifying the process and access to the several GEJ interventions in the Artsworld. You may claim he has lost similar interest or attention to details in other critical sectors of the Nigerian state. However, no one can simply dismiss his unprecedented regard, affinity and seeming devotion to the people, practice and promise of Nigeria’s movie-making community and allied sectors.

In his six years as President, GEJ has arguably awarded more national honours to our artistes than all the past regimes rolled together!
So, when you hear and see leading lights of Nollywood rooting aggressively for GEJ; when you read famed voices shouting on the roof of their cyper-pages and declaring the ceaseless glory of GEJ; when you read otherwise quiet prima-donnas spit fire and engage in internet-‘gra-gra’ with many of their tele-fans…for the sake of their beloved Moses (Jonathan) – you really must understand and appreciate their position – enlightened self-interest (a completely natural instinct).

They are not ‘bought’, ‘turn-coats’ or ‘ass-licking’ – against their will or legacy. They simply are paying good back to the man who has brought them a load of luck – and thus enhancing their means of livelihood, and embellishing their relevance. No pun intended. This 2015 presidential election is a watershed for Nollywood. They cannot see anything in the “Change”-troopers to indicate that their groovy-train will go on; GMB has not even for once coughed about any plans for Nollywood, one of the major revelations of the 2014 rebasing parameters! It does appear that GMB does not even know that Nollywood exists – beyond gyrations at campaign rallies!

So, stop yakking at Nollywooders if they have little or no sympathies for GMB – he is disconnected from them in the past decade, at least. And within that same period, GMB’s main opponent has been their God-sent.

Most assuredly I say to you: a good friend is difficult to find – and keep; Nollywood can’t afford to lose this Goodluck. God forbid!!

#Nigeria: Lights Out in Nigeria, By Chimamanda Adichie 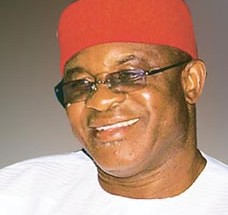 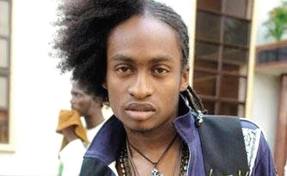 Why Al-Mustapha and I are Plotting a Tsunami – Dokubo Asari... January 5, 2014 | konknaijaboy 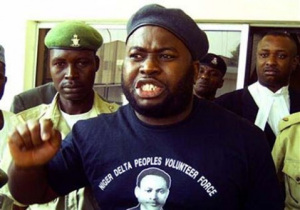 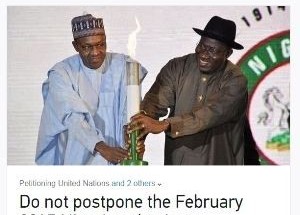 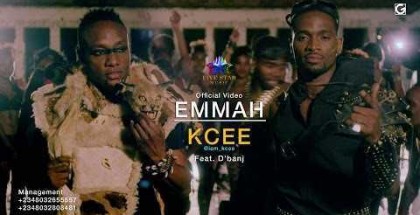