By Ini Ekott and Bassey udo

President Goodluck Jonathan and two of his top ministers may be attempting a cover-up on what clearly competes as Nigeria’s biggest fraud ever, involving the illegal diversion, or theft, of over N8 trillion crude oil sales proceeds.

In a frantic and unusual memo to the president on September 25, 2013, Central Bank governor, Sanusi Lamido Sanusi detailed how government-owned oil firm, the Nigeria National Petroleum Corporation, NNPC, had systematically diverted the huge sum, being sales proceeds between January 2012 and July 2013.

The CBN governor said for all crude oil sales within the period, the NNPC paid only 24 percent proceeds into the federation account, and diverted or stole the remaining 76 percent-totalling N8 trillion.

As the CBN calculated, the NNPC sold at least 594 million barrels of oil within the period, and should have paid N10.3 trillion (USD65.3 billion) into the federation account. But the corporation paid only N2.5 trillion (USD15.5 billion), Mr. Sanusi said, citing documentation from pre-shipment inspectors.

The whereabouts of the huge balance is unknown.

The weight of the differential is clearer if evaluated against the fact that the tiny percentage remitted by the NNPC managed to finance the nation in that period, raising the question of how much the total would then have achieved for a country unable to pay its university lecturers who have been on strike for five months.

Put simply, for each barrel of oil sold, say at an average of USD100, the NNPC illegally cornered $74 into an unknown account and gave Nigeria only $26.

Mr. Sanusi said he was “constrained” to hint the president after observing the huge shortfalls for years. He accused the NNPC of breaching two key federal laws, and urged the president to act expeditiously by ordering sweeping investigation and prosecution of those found culpable.

Two months on, the president has refused to act on the damning memo delivered to him personally by the CBN governor. In fact, after receiving the letter, the president, presidency sources say, questioned Mr. Sanusi on why such letter should be prepared in the first place and sent to him.

PREMIUM TIMES can also confirm that finance minister and former World Bank chief, Ngozi Okonjo-Iweala, is also aware of the CBN’s information and has done nothing about it; while petroleum minister, Alison Diezani-Madueke, implicated in several corruption probes in the past, is said to be fully in the know about the massive plunder of crude oil money by the NNPC.

President challenged on corruption
Details of the president’s failure to act on such a massive scale of misappropriation came amid an increasing criticism of Mr. Jonathan’s response to corruption, as several senior officials of his government, accused of stealing or wasting public funds, have been spared of indictment and prosecution.

The weightiest of such concerns came on Monday from the speaker of the House of House of Representatives, Aminu Tambuwal, who publicly accused the president of consistently displaying a “body language” that encourages corruption.

“By the action of setting up different committees for straightforward cases, the president’s body language doesn’t tend to support the fight against corruption,” the speaker said at an event in Abuja.

Between 2011 and 2013, the House of Representatives has investigated the NNPC multiple times, and has in many cases found officials of the corporation wanting. But no one has been sanctioned by government.

In 2012, top management of the NNPC and the petroleum minister, Mrs. Madueke, who directly supervises the NNPC, were recommended for prosecution by the House in a shocking fuel subsidy probe. They accused officials have remained at their posts.

The CBN’s allegation is the most scathing yet for a corporation notorious for secrecy and corruption.

The diverted or stolen amount-N8 trillion between January 2012 and July 2013- is the nearly the equivalent of the total federal budgets for two years.

Put together, the sum can run the entire country for the period, build several new roads and railways, pay wages of millions of workers, cater for the nation’s teeming unemployed, build thousands of hospitals and schools, complete ongoing power projects, and on an urgent note, clear multiple times, all government financial obligations to university lecturers, whose ongoing strike has kept the universities shut for more than five months now.

More losses and the ECA

Even so, when compared with prevailing data from different government agencies, the figure admitted by the CBN is still lesser than what Nigeria should earn from oil sales.

While the bank said its computation, based on pre-shipment details, showed that Nigeria sold N10.3 trillion worth of oil in 19 months, PREMIUM TIMES’ analysis shows the government should rather realize N10.6 trillion in the first 10 months of 2013-Janaury to October-alone.

PREMIUM TIMES’s estimates is based on the government’s data of  daily production average of 2.11 million barrels of crude, sold at an average price of $105.84 per barrel.
If multiplied and converted to naira, the government should have realized N10. 6 trillion in 10 months alone.

But in that period, total oil receipts data provided by the Office of the Accountant General of the Federation, claimed between January and October, the government made N5.8 trillion.

Also, our estimates show that the government has not only lied or misled Nigerians about its total receipts from oil sales, but is also deceitful about its earnings in the contentious Excess Crude Account.

The ECA holds the difference between the real market price for oil and the government’s projection in the national budget yearly.

For 2013, the government approved rate is $79 per barrel (called benchmark for oil price), meaning any raise in price at the international marker, will go into the ECA.

For most of the year, oil sold as much as $112 and $114 per barrel. At a conservative rate of $105 per barrel, the government should have realized $26 as difference per barrel for the Excess Crude Account.

Calculated at 2.11 million barrels per day, that should amount to $17.3 billion (about N2.695trillion) earned as excess crude revenue from crude oil exports as of October 2013.

But the government claims it generated only N986.6 billion in the Excess Crude Account.

No government official could explain the huge gaps for the 2013 figures. The ministry of finance did not comment when contacted multiple times. Paul Nwabuiku, a spokesperson for the finance minister, Mrs. Okonjo-Iweala, promised a response but refused to give one several days after.

A spokesperson for the Central Bank of Nigeria, reacting to our findings (not Mr. Sanusi’s letter) said as the government’s banker, it could not provide the requested information, as it was unlawful for a banker to divulge details about its customer to a third party.

“We maintain a customer/banker relationship with the government in the execution of our mandate. We do not divulge such information to third parties,” Mr. Ugochukwu said on Thursday via a text message.

The review was prompted by the lingering controversy over the ECA between the finance minister, Mrs. Okonjo-Iweala and the Rivers state governor, Chibuike Amaechi.

Mr. Amaechi had accused the government of depleting the account, usually shared between the federal, states and local governments.

The governor said $5 billion had gone missing from the account under Mrs. Okonjo-Iweala’s watch.

Defending the administration, Mrs. Okonjo-Iweala accused the governor of “playing politics” on the matter, and said the outstanding $5 billion had been shared to states as monthly allocation and local governments, with Rivers State being one of the major beneficiaries.

The frustration of CBN governor
But in his letter, Mr. Sanusi said he had long been frustrated by the NNPC’s secrecy with oil sales, and that he raised concerns twice to the president as far back as 2010 about his observation that a huge chunk of sales proceeds were not remitted to government treasury.

He said the shortfall in revenue as a result of oil theft and vandalism in the Niger Delta was insignificant compared to the scale of money unaccounted for by the NNPC.

“Your excellency, you will recall that as far back as late 2010, I had verbally expressed deep concern about what appeared to be huge shortfalls in remittances to the federation account in spite of the strong recovery in oil prices,” the CBN governor wrote, indicating the losses extending years back far surpasses the N8 trillion of between 2012 and 2013.

There is no evidence the president acted on those concerns.

By 2012, he said the situation had gone worse that the government made more money from tax paid by oil companies than from actual sales of crude.

“This means, Your Excellency, that in this first seven months of the year, taxes accounted for 76 % of the total inflow from this sector, while NNPC crude oil proceeds accounted for 24%,” he said.

The CBN governor called for a thorough audit of all domiciliary accounts held by the NNPC outside of the CBN, and a probe of companies involved in oil lifting and oil swap.

“As banker to the federal government and Economic Adviser to the President,” he said, “I am obliged to draw the president’s attention to these serious issues of which you have most probably never been aware in this detail,” he said.

The Special Adviser to the President on Public Communications, Reuben Abati, was not available for comments. He did not answer several calls made to his telephone. He is believed to be travelling in South Africa with the president, who is attending the funeral of late South African President, Nelson Mandela. 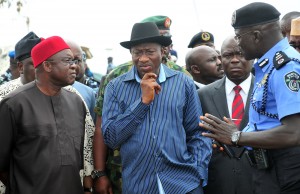 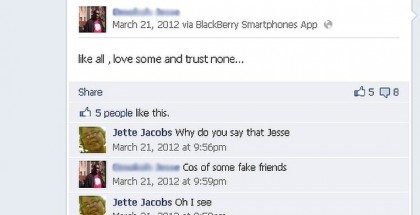 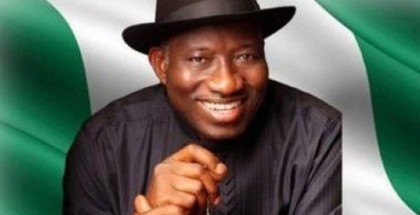 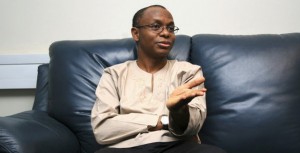