I fear assassination, I pray he lives it out”: Charly Boy pens open letter to Pope Francis 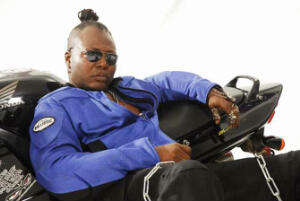 He compared the modest lifestyle of the Pope to the larger-than-life lifestyle of Nigerian Pentecostal pastors who, according to him have overbloated images of themselves..

Read the full article below:

The first 20 yrs of my life, I seriously had this dream of being a priest. I was overfed with an overdose of religion which has always been a very serious business in my family. You dare not be late for morning mass or else you get the whipping of your life, yes my father was that strict, no nonsense when it came to going to church or anything spiritual. That’s where I’m coming from, we were a family that prayed together and were very staunch Catholics for that matter.

When I turned 16 I became an altar boy, at that time that was the coolest thing to be, considering years of going to bible classes and regular confessions. Eight months into the spiritual things as an altar boy, I made a big goof; I drank the priests wine and ate a bunch of Holy Communion enough to fill me up. I figured I could be more spiritual by that action, but I got expelled as an altar boy, needless to say how scandalized and angry my father was then, OMG.

By the time I turned 20, I’ve had enough religion to last me two life times. By 1974, I left to further my studies in the USA, I was overjoyed because for the first time, I was going to be on my own. I was really carried away with my new found independence. Being an adventurous young man I started dabbling into not only the occult but with metaphysics, Buddhism, astrology, magic and all that Jazz. However, I still believe I was fundamentally a Catholic by birth, but the catholic fate has suddenly become boring and old fashion for me.

When I read that controversial book, “In God’s Name”, all the negativity I started to feel about the Catholic Church became magnified in my mind. What about the sex scandals about priests and little boys. Hummmmmmm! I am aware that the Catholic Church is not a perfect body, and doesn’t claim to be one. Of course it is plagued with the same corruption, scandals and sin as any other organization. Last night as I was watching CNN, the Pope’s visit to Brasil was being beamed to the world and all of a sudden, there it was, “who am I to judge as long as they walk in the light of Christ” Pope Francis on Gays. As reflexes would have it, I jumped out of my seat and hugged my TV, funny ha ha. Not because homosexuality has been part of my advocacy through the years but because I feel that every adult has a right to make their bed and lie on it as they choose, and who the hell are we to judge. I have always said that it is really not our place to judge those who do not fit our view of normal. So once again the church is attempting to evolve in order to keep up with the rest of civilization. That is how a religion survives. Its belief has to be flexible enough to stay somewhat relevant to current or the public will abandon it.

Ever since the Popes election, my man has taken actions that seem to be very ‘unpopelike’. He even used public transport as a cardinal, he lives in a smaller quarter, he asked for blessing before blessing the crowd which gathered in St Peters square on the day of his election. But my people, what is stranger than Pope France’s action have been evangelicals’ reactions all over the world. Never before has a Pope become so widely accepted by Protestants and evangelicals. It’s a proud day for Catholics and all mankind. Finally a Pope who doesn’t see himself as equal to God, unlike our men of god down here. It is really amazing. Every Pope in the Catholic Church’s past has had a mastery over catholic rhetoric, because theoretically they always say the right things. But Pope Francis has decided to lead with his actions. Before delivering his message at the Holy Thursday Mass, Pope Francis spent time on his Knees washing the feet of young women incarcerated at a nearby prison. This is the first time a Pope has ever washed the feet of women, not to mention that one of the women was a Muslim, which is another break in papal tradition. In the holy book, the bible calls us to be the light to the world if Christ is to be present to the world. This is why Pope Francis’ way should be imitated for imitating him we make Christ visible and that is what influences others to walk in the way of Christ. So much to be said for our so called “men of god” in this neck of the woods who strut around as if they are God’s gift to mankind, most of them bunch of con men and fraud stars who are continually ripping off unsuspecting Nigerians, living in fancy houses, building universities their congregation can’t even afford for their children and buying private jets because their God is not a poor God, as Nija’s hand over their pay checks in return for a miracle because they have bought into the Hocus-pocus that is Pentecostalism. Just look at our churches today, tell me those priest, pastors or our so called men of god, who makes Christ visible. Jesus needs us to make him Visible and present in this troubled world. Blessed mother Teresa is a perfect example of showing us the love and mercy of Christ in the millions she cared for. The gospel calls us to imitate Christ and it is in the way we live that the gospel of Jesus gets proclaimed, that is how we speak Christ to a world that does not know him.

I am very scared for this Pope, he is a little too Christ like for his own good. There are still some die hard winches, vampires in the Vatican. I fear assassination, probably by the very people who call themselves “devout”. If any Pope can show us what Jesus was saying, I think this one is the one. At least I hope so. I am impressed with this Pope not for his Catholicism but for his Christianity. As I lay in the comfort of my room watching the Pope’s visit to Brazil, it was clear to me that Pope Francis will go down in history as the greatest Pope ever, I just pray that he lives out his Pope ship for many years to come as to spread his light and make our lord Jesus more visible in the world. More than 3million people where at Copacabana beach for the re-enactment of the Stations of the Cross and farewell mass. This world Youths Day smashed previous attendance records and goes down in the record books as one of the best attended papal events ever.  In short, this Pope is a rock star. Here is a Pope who speaks the language of the people; In fact in Rio he kicked his penchant for simplicity, humility and accessibility into high gear. The security operatives were all overwhelmed by zealous pilgrims, he insisted on leaving the windows of his car down so he could extend his arm to those seeking his blessings. Countless babies kissed, photo ups with adoring faithfuls only added to the pontiff reputation for being a man of the people, and all of this took place in the roughest side of town, a crime ridden zone in Rio.

Pope Francis is now standing up to the Mafia. First the Vatican honoured Rev Giuseppe Puglisi, killed 20yrs ago by mobsters for preaching against the Mafia, as a martyr. Pope Francis himself demanded that Mafia members abandon their “evil ways” especially those who exploit their fellow humans via human trafficking, drug dealing and prostitution. “They cannot make our brothers slaves; let us pray that these Mafiosi convert to God”. Hummmmm na wa, if the Mafia decides to take Pope Francis out in retaliation for his words against them, I pray that there’s a Pope Francis army out there ready to throw down.  If the Pope manages to mobilize all of Italian society against the Mafia, his days maybe numbered, but he will be unable to do so, and as a result I pray that the Mafia won’t remember him. They say the only thing needed for Evil to exist is for good men to do nothing. I am glad that he is doing something. He looks and sounds to me like he has a beautiful spiritual light burning  inside of him and is preaching goodwill for all and trying to turn around the corrupt so they too can walk in the sunlight of the spirit. I really admire him for standing up to the Mafias. I recognize the Popes effort in trying to bring a better image and name to Christianity.  Anyway you flip it, the Holy Father is full of surprises, born of true and faithful humility, at another occasion, he declared that all people, not just Catholics, are redeemed through Jesus, even atheists. “Those people must still do good. Infact, it is in doing good that they are led to the one who is the source of all that is good” In essence he simply restated the hope of the church that all come to know God, through his son Jesus Christ. Pope Francis is saying more than ever before, that Christ offered himself as a sacrifice for everyone. That has always been a Christian belief, but rarely do you hear it said by Catholics so forcefully, and with such evident joy. And in this era of religious controversies, it is a timely reminder that God cannot be confined to our narrow categories. Thumbs up for my man Pope Francis, nothing do you. 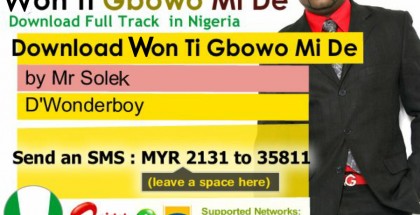 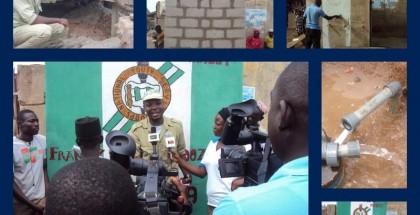 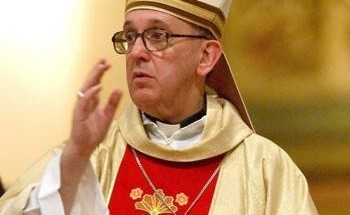 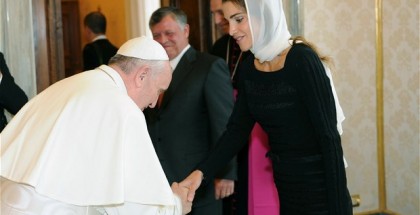 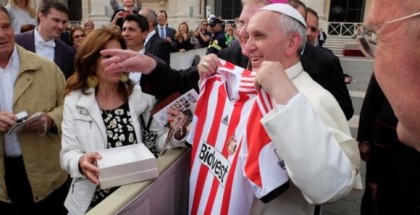