Holy Grail! Beyoncé Has Wardrobe Malfunction While on Stage With Jay Z 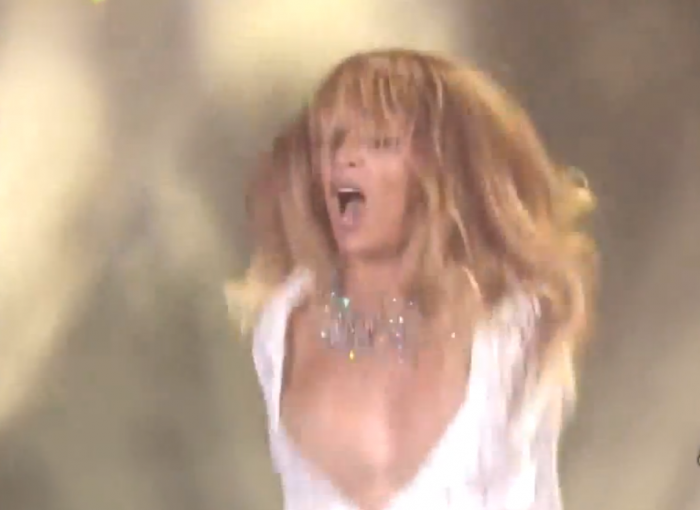 Beyoncé is the ultimate pro, able to handle anything that comes her way on stage. So you’d have to figure she wouldn’t let a little wardrobe malfunction derail her surprise performance Saturday at the Global Citizen Festival in Central Park.

Let’s set the scene: Husband Jay Z was headlining the festival and Bey made an unannounced appearance to duet on “Holy Grail” and “Young Forever.” During some vigorous dancing, her blouse burst open.

Fortunately, Beyoncé’s skintone bra protected her from being completely exposed as Jay continued to rap, seemingly unaware of his wife’s mishap. As soon as Beyoncé realized the issue, she closed her top, and continued to dance with her left hand covering her chest, singing the chorus originally performed by Justin Timberlake. Her low-cut shirt continued to shift, however, requiring her to adjust it every minute or so during her 10-minute cameo. But Queen Bey made it through

See video of wardrobe malfunction below;

She’s had plenty of practice over the years. Just last March, while performing a Mrs. Carter World Tour date in Lisbon, Beyoncé made light of a stage tumble. As the introductory music for “XO” played, she slipped and fell to her knees at the top step. She quickly rose to her feet, enthusiastically jumped in the air, formed her arms into a cheerleader’s “Y” position, and hopped around a few times before moving on with the show.

During a Mrs. Carter World Tour stop in Montreal in July 2013, one of the high-powered wind machines Beyoncé uses to blow her hair misfired. When she walked off the stage and passed one of the fans, it actually sucked a portion of her hair and restricted her movement. Though it took two men and one woman to detangle her blonde locks from the appliance, Beyoncé never lost her composure, missed a lyric or note of her song “Halo.” She was set free as she sang the line, “I pray you won’t fade away” as the crowd cheered in support.

And in what may have been her most painful stage spill, Beyoncé fell down a flight of stairs while performing “Ring the Alarm” in July 2007 in Orlando. An undeterred Beyoncé immediately gathered herself, stood, and applied the energy of the dive into next dance sequence. 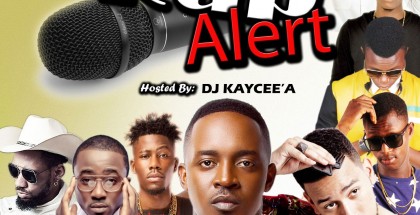 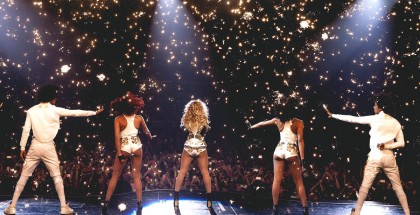 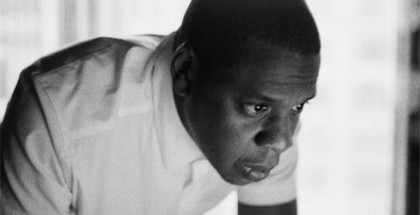 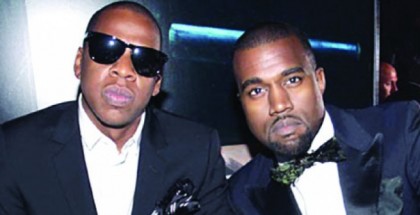