The LAGBUS and witnesses at the scene

This horrible accident happened Monday Sept. 23rd along the Alaka/Costain crossover bridge in Surulere. The driver of one of the buses in the state mass transit scheme lost control of his bus and crashed into a soldier riding a motorcyle on the express. The yet-to-be identified soldier was cut almost into two by the bus. (Too graphic…but will show you just one pic).

According to a source who witnessed the accident, the driver was on top speed when he lost control of the vehicle as he approached a bad spot on the dilapidated bridge. The driver, while trying to avoid the bad spot, swerved to the left pinning the soldier on the railing of the bridge. The bus dragged the soldier for a bit and cut through his bowel.

Eyewitnesses said the soldier, who died on the spot, was carrying a woman on the back seat of the motorcycle, and was flung away from the impact of the collision. She survived the crash but is in a critical condition in the hospital. The driver of the bus fled the scene after seeing the extent of the damage and so did the passengers of the bus a few minutes later, fearing attack from soldiers.

See a pic after the cut. *Very graphic so be warned* 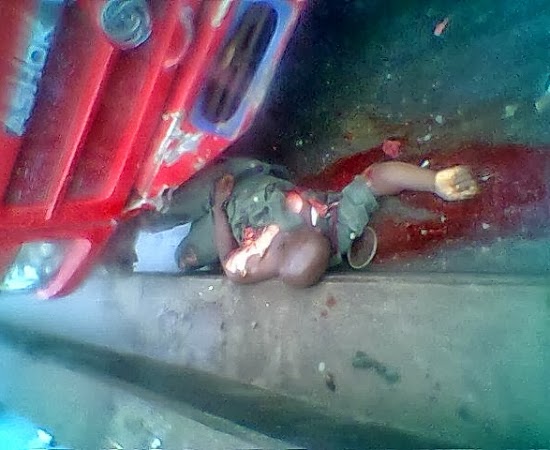 Nigerians Drank $50m Worth of Champagne In 2011- Forbes 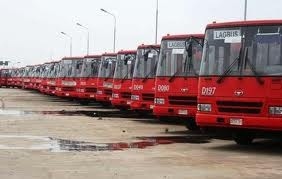